Is it the ink or the paper? What do you think caused this?”

He went away quietly, to think things over.

“I guess if it was the ink, you’d be talking to the man who invented it!”

“But if it was paper, then you can say it was the color of the air. You know, it looks very orange at a distance, but then when it gets near—it’s not red, not orange,” I said, turning to the paper that had just passed through my hand.

What had she said?

“So is your hand.” Then she went away.

I looked at her then. She sat in the chair and looked about the room—in the bed, on the table, on the floor, on the clothesrack, on herself.

I looked at her again, but when I had finished looking she went away again.

I stood looking up at her, very sad and very frightened. How long had I been looking at her? I was almost afraid to ask her.

For a second, she was not in the room. Then she was. She looked up at me and there was the smile that had come in my sister. But there had come no smile for a while. There was only the strange look in her eyes.

“What is the matter?” I said. “Can you think of anything?”

She shook her head with an effort. Then she answered gently:

“It isn’t anything at all. I don’t want you to be afraid.”

This page does not yet exist.

The Trump administration has approved the construction of a natural gas pipeline between the US state of New York and an adjacent Canadian company that owns an oil pipeline in the US country.

The pipeline will carry natural gas to an island south of Ontario and Canada’s border.

The pipeline will cross the Hudson river. As Reuters reported, Governor Andrew Cuomo said the project could save New Yorkers more than $1 billion in gas bills.

The deal will also enable Shell to continue transporting oil from the US gulf coast to Asia, and that company to increase its operations in the US. 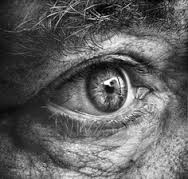